You might remember how excited you were when your deck was finally finished, or perhaps the home you bought several years ago had a beautiful deck overlooking the backyard and it was a major selling point for you when you purchased the property. A functional and quality deck can serve as an extension of your home’s useful square footage and also as a place where memories are made and a lot of living takes place. But, there are many signs it’s time to replace your deck that you will want to keep an eye out for.

Since decks are exposed to the elements of every season, from driving rains to ice and snowstorms, they can experience a lot of wear and tear. While you want to be sure to get as much “life” out of your deck as possible, you should keep an eye on several signs that will let you know when it is time to consider replacing this addition to your home. Here are a few signs it’s time to replace your deck:

One of the biggest signs it’s time to replace your deck is visible structural damage. It may seem obvious to say that decks suffering from visible structural damage are candidates for immediate replacement. However, damage or deterioration is oftentimes only seen when you are looking for it. Since most types of deterioration happen gradually over time, it’s easy to become accustomed to the condition of your deck. This means that support posts and joists that may be less visible to casual observation need to be deliberately inspected. Taking the time to inspect key areas is important. Here are a few key things to look for:

Some areas of the deck will be more susceptible to maintaining and harboring moisture, and as such, may be more likely to harbor mold or develop rot. On top of that, your wood deck could experience extensive damage caused by insects. Not only can mold, rot, rust, and insect damage lead to structural and safety concerns, but they also diminish the visual appeal of the deck itself.

Old hardware can also deteriorate over time and this undermines the structural integrity of the deck. Broken posts and splintering boards are a sure sign it’s time to replace your deck. Additionally, ledger boards are a vital component to your decking and are integral to your deck’s structural safety. If they begin to rot, or the metal brackets used to attach them to your house begin to fail, the integrity of the entire deck structure will degrade quickly.

In the same way that metal hardware, that is integral to the deck’s support structure, can rust and deteriorate over time, fasteners used to secure decking boards can loosen, along with the deck’s railings. Many older decks will begin to show signs of wear and tear that result in decking boards that are no longer fastened securely to the joists below.

This is especially true with older treated lumber decking boards that are fastened with nails. The ends of the planks may begin to warp and twist and fail to align with the next board. Not only is this visually unappealing, but it can also create tripping hazards and safety concerns for both household residents and guests.

Reliable railings are a non-negotiable element of any deck, regardless of its height. Railings are a key component to both the safety and aesthetics of the deck. When posts, joists, or hardware begin to fail, the railings that are attached to them can often begin to wobble and lose their rigidity. Loose railings can often be an indicator of even greater structural concerns below. Railings made out of lower-grade materials may, themselves, begin to deteriorate over time and splinter. Splintered railings create additional safety hazards, especially for young children.

3. Not Up to Current Building Codes and Regulations

An old deck may pre-date current building codes in your municipality. Or, you may have purchased a home that has a deck which was installed by a DIY homeowner and was never up to building code to begin with. Building code violations may not be on the radar of many homeowners, but it is something to consider.

These are some major signs it’s time to replace your deck. If you are noticing these concerns when you inspect your deck, it may be time to push that new deck project forward on your timeline and make it a priority. While safety issues are of foremost concern, in addition to them, you may be considering a new deck for your home because your old deck isn’t as functional as you wish, or you want to spruce up the back of your home with a new, appealing look. Whatever the reason, if you need a new deck, want to add a deck to your home, or need help determining the condition and structural integrity of your current deck, contact us at 717-399-4708 for a free quote! 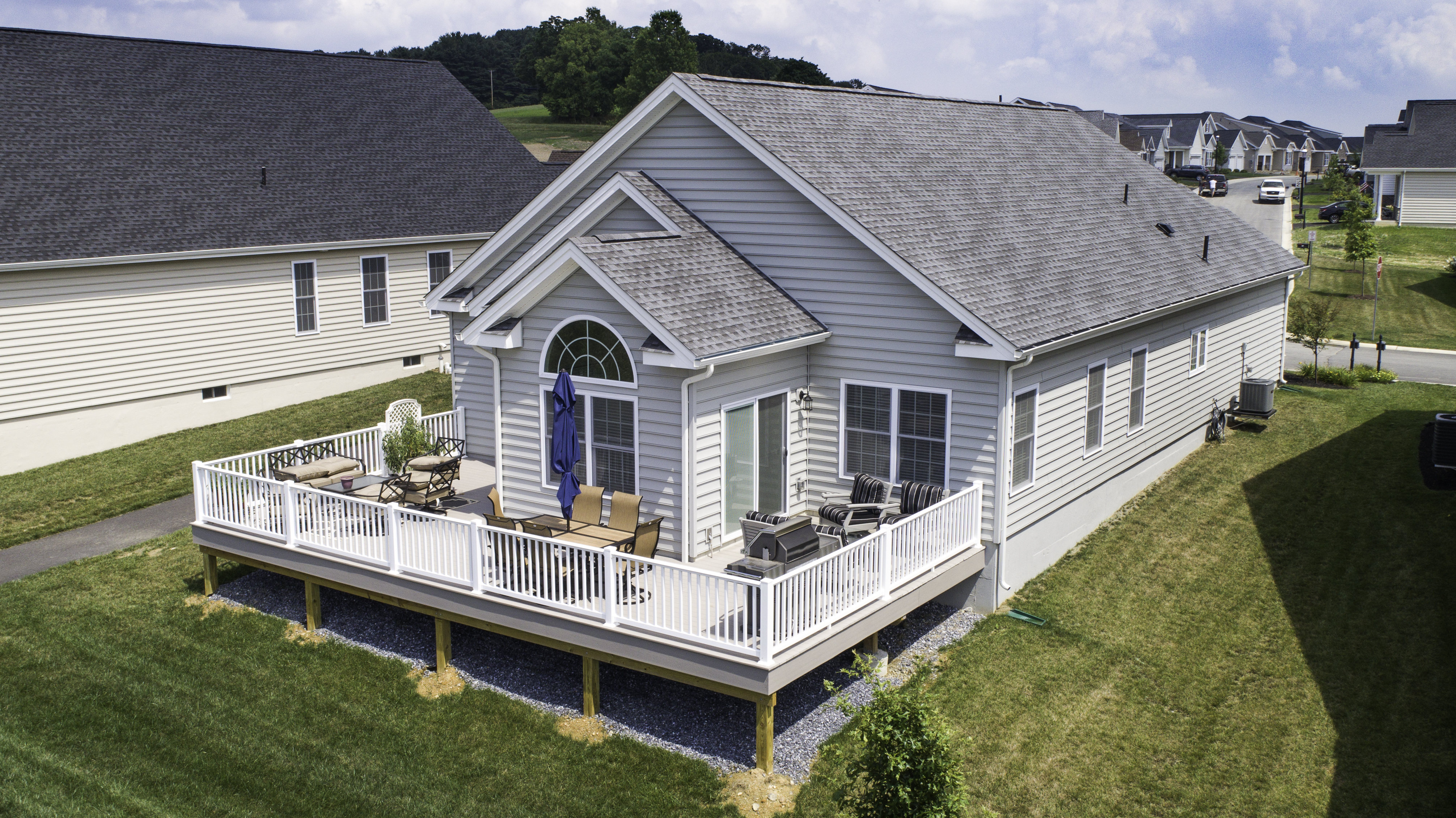